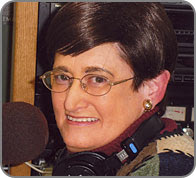 2009: What Can the Righteous Do?
By Jan Markell

Another year is ending. How is this possible? This message is both an e-alert and also a sincere thank you for those of you who have supported Olive Tree Ministries both prayerfully and financially in 2008. I hope we have helped you understand the times, contend for the faith, and become better watchmen on the wall. I realize that contending is costly. Those of you who have stood for truth and been shot down like we have know that this is hurtful rejection. But the Bible is big on contending for the faith so keep doing it! God will reward you in His own way.

Thank you for your supportive e-mails, notes, calls, and gifts. Our job is overwhelming as we are likely in the days of Noah. Back then the people said, "Noah, your boat is rocking our boat. We want to have fun and entertainment." So it is today as well. There was little love of the truth. But if anything good is coming out of the 2008 financial tsunami, it is that some people are now at least listening to what you have to say. Since the Ark door may shut again soon, continue to be about the Father's business and sharing your faith.

What could lie ahead for us in 2009? We can get a glimpse but we cannot see the whole picture. Here are some points to ponder.

1) The "Fairness Doctrine" could knock much of conservative and Christian talk radio off the air. Learn the details here where Craig Parshall, Chief Counsel for the National Religious Broadcasters, and I discuss this. Our radio program, "Understanding the Times," could take a hit.

2) Capitalism seems to be gasping for life, being replaced by Socialism in America. Who could have predicted that for America 50 years ago? Because of "bailout fever," this will intensify in the coming months.

3) Keep your eyes on the "epicenter," the Middle East! Particularly watch events unfold in Israel, Iran, Syria, Lebanon, Hamastan (Gaza), and further efforts to divide God's land with a Palestinian state. The latter will get more intense in that Barack Obama's Middle East advisors are not friends of Israel. And Israel has an election in February that could change everything.

4) The current financial instability worldwide is setting the stage for the coming one-world system and even the cashless society. You can read more about this here. Ecumenism is on steroids with various religions having group hugs. Even apostate movements and leaders continue to be called "evangelicals" when they are not. Yet some of the worst of these are heralded in many church pulpits, including in evangelical churches.

5) Islam will continue to make inroads into America -- in high places. Learn of some of their efforts on my radio program December 13, 2008, hour two here. There will be the continuing appeasement of Islam, likely starting with Barack Obama's speech to the Islamic world in his first 100 days in office. That is also addressed at the radio link above. He believes the right words will stop the jihad although this is delusional. Islam has some end-time role that it would appear is significant. This is yet a mystery. Yes, the world would be a better place if Jew, Christian and Muslim could all just get along. But judging from history, that is not going to happen.

6) While church apostasy is at an all-time high and calls to this office asking about finding a church have reached a new record, we should focus on the more positive aspects of the church today. The Bible still has all the answers, the Holy Spirit is still active, God will still inhabit the praises of His people, there will still be room at the cross, and Jesus will still return sooner rather than later to the holy city of Jerusalem. There is coming a perfect government -- a Theocracy, under the headship of the King of kings.

7) So even though the world and church may be acting as if up is down, down is up, right is wrong, wrong is right, and everyone is drowning in political correctness, expect God to do good things in the new year. Remember the words of Psalm 11:3, "When the foundations are being destroyed, what can the righteous do?" The answer is in Micah 7:7, "But as for me, I watch in hope for the Lord."

8) The world is hurting today. The book of Hebrews tells us to encourage one another. Try and do that even yet today! It will be a spiritual balm for you and the one you encourage! As we near the Lord's return, birthpangs will intensify and they can literally be earth-shaking. 2008 was one of the worst years for natural disasters. They could be worse in 2009.

To those of you who are new to our e-alerts, they are not used for direct fundraising. I will say, however, that both ministries and churches are hurting right now due to the economy. Vital ministries are dropping off radio or cutting back. We have had a weak year-end financial response but wish you would first focus on your church, then on para-church ministries like ours. All year-end gifts to Olive Tree Ministries are tax-deductible

My prayer for you is that "the peace of God, which passes all understanding, shall keep your hearts and minds through Christ Jesus" (Philippians 4:7). We don't know what the future holds, but we know who holds the future.

Posted by Abraham Israel I at 9:07 PM