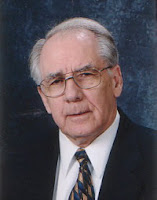 Chilling Sounds After the Rapture

A chilling mood has suddenly gripped the entire world. Even the multitudes, which know nothing of the Holy Bible or Jesus Christ, are tantalized with the feeling that they have missed a Divine event. Reporters are searching to understand what has happened. Phones are ringing off their hooks with hectic callers looking for disappeared friends or loved ones. College students, still gripped with their hangover from parties the night before, are jostled with the startling news. Grandfathers, grandmothers, parents, and some friends that were very different are missing and they have left no trace of their whereabouts.

Within a short time, the reports are coming fast and furious. Cars are simply sitting at stoplights or beside the road -- still running -- but containing no trace of their drivers. Some have occupants that are stunned into a stupor because their drivers or passengers have disappeared into seemingly thin air. Many cars are involved in massive wrecks but drivers are not found in those vehicles that caused the wrecks. Several planes have crashed. Their pilots did not answer the airport towers as they veered off course and finally went down in fiery crashes. Hospitals are shorthanded because of missing nurses and doctors, while the emergency rooms are stampeded with the injured and the terrified.

There is a sudden sense in the very atmosphere that any resistance to wickedness and evil is gone. Evil spirits, still invisible but giddy with freedom, are manifesting their dark moods on human faces. Persons that are already possessed with spirits have become brave in their hatred for everyone. Mobs of hoodlums have begun to break into homes and businesses. They are destroying everything in their paths. The police have lost all control because they are outnumbered and utterly helpless. They have realized that they are dealing with sub-humans that would rather kill than live.

People that know the truth of what has happened are quickly aware that the worse is yet to come. The political leaders and law enforcement agencies begin to establish a total police state. Curfews are put in place to clear all streets as police resort to shooting without warning. Total state control is the only possible means of restoring order. Grocery stores are already empty from vandals and shoplifters grabbing everything in sight and loading their cars. Clerks that resist are simply trampled by the melee. It will take days to restore order.

A newscaster finally decides to try and report the events. He begins, “This is a News Alert. Reports are coming to us by the hundreds. Thousands, maybe millions, of people are missing. It’s like they have vanished. Their clothes and shoes, actually everything on their person, were left behind. There are husbands and wives searching for their families. Young people are searching for mothers and fathers. Some teenagers and children are missing. Their parents are utterly insane with fear.

Some parents with missing teens and older juniors are reporting that they were very serious and beautifully religious. In every case it was the best of the lot that are gone. One family called to say that they rushed to find their mother and father, but they were gone. Nothing was changed in the home. Their clothes were in the chairs where they were eating a meal. Their Bible was open to Matthew 24. The verse they saw underlined said, “Two shall be in the field, one shall be taken and the other left.”

Here’s another report, “All of these people were deeply religious, they were not just religious they were kind, loving, Godly, and deeply faithful to their churches. They dressed in old-fashion and modest apparel. Every one of them had often told their families and friends about an event which they called the Rapture, where Jesus Christ would come in the mid-air and they would be caught up to meet him. Could this be true or is this a religious hoax? A Dr. Young just came in from the first church downtown. “Dr. Young, what has happened?” “Mr. Smith, this is all a bizarre story but there is an answer. I’ve been studying the new Eastern religions and making people disappear is an old trick the great pagan priests have done often. They call it astral traveling.

“Some of these people will show back up and others will be locked in paranormal suspension. Tell everybody to just settle down. There is no fear to those that are not overly religious. Be calm, you will be okay. Just thank God you were not one of these crazies.”

Listen, friends, here is another report on the world channel. This report is from the Church of Rome. The Pope has sent a message to every priest to go to the news station and warn everyone against religious hysteria. This great pope, our father of the faith, is the vicar of Jesus Christ. He has the best advice. The pope said that the teaching of Rapture was wrong and that these poor mentally deficient people were too literal in interpreting the Bible. They may be hiding. If they are missing, it will be great for our new day of evangelism. Remember, Mary, the mother of God, could magically appear and disappear. She has been appearing all over the world. If these people are gone, she is responsible. They would not listen to her messages, so she has eliminated them. Now, we can really take the world for the great lord that is about to reveal himself.

But here is another minister. Rev. David Jones, you look white as a ghost. What’s wrong? “My dear friends, I knew better. All my denomination quit preaching the Rapture, so I did. In fact, I studied and came up with an attack on the Rapture. My heart knew better. This was the real thing. Jesus has come and I’ve missed the greatest event in church prophecy. I’m telling everybody that will listen, if you will repent, you will have to be a martyr. I’m lost! I’m lost! It is because I denied the truth that I heard from a young child in my family’s home.”

Suddenly, the reporter stops and reads a note that is passed to him. He turns ashen as he reads, “My teenage son just called to say that his mother, my wife, is missing!”

He has not come, but He is coming! Listen to the angels that appeared when He ascended in the air, “Ye men of Galilee, why stand ye gazing up into heaven? this same Jesus, which is taken up from you into heaven, shall so come in like manner as ye have seen him go into heaven” (Acts1:11).

Posted by Abraham Israel I at 4:35 AM