But April 19, 2009 marked the beginning of a new era in Jewish harvest. By faith, I rented the most popular theater in Brighton Beach, New York, an area that is home to 100,000 Russian Jews in a ten-block radius.

We passed out flyers announcing a lecture on the supernatural. We also advertised on Russian television and radio. We promised that many who attended the lecture would be healed.

I did not know if anyone would show up. We set up 350 seats and had over 400 people (mostly unsaved Russian Jews). After witnessing healing miracles, the majority of the people stood up to make professions of faith. The most dramatic miracle was a woman who was able to walk after at least five months of being wheelchair-bound.

Pastor Alana, who leads the congregation I started in that area years ago, said: “In all of my time of ministry in Brooklyn, I have never seen so many people stand up to receive the ‘prayer of salvation’ led by Sid. After this outreach, I feel even more determined to reach the Russian Jews in Brooklyn.”

It’s Supernatural! board member, Warren Marcus, was on hand to videotape the event. Days later, he wrote: “I am still overwhelmed by what happened…. Tears filled my eyes when the people stood to accept Jesus. I wished my own Russian grandparents could have been alive to experience this. As I traveled back home, I found myself weeping with joy. It continued the next day. Even now as I share this I am overcome with emotion.”

To my knowledge, this is the largest number of Jewish people who have accepted Jesus in a single meeting in the United States. We have entered the Jewish harvest! 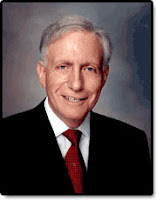 Sid Roth has spent over 35 years as a pioneer in Jewish evangelism, planting Messianic Jewish congregations, and investigating the supernatural. His television program, "It's Supernatural!" documents miracles and is internationally viewed. He is the author of The Incomplete Church, They Thought For Themselves, There Must Be More, and Supernatural Healing.

Messianic is the right thing!