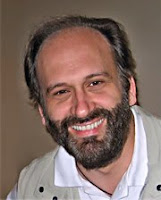 Israel: The Super Sign of the End-Times, Parts 2 & 3
By Dr. Todd Baker
www.raptureready.com