Is this the final century of apocalypse? 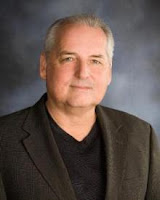 Do world woes signal beginning of the end?

Lately it seems that there is an inescapable apocalyptic tenor resounding throughout the world. Humanity, still sickened from the world financial crisis, has recently been thrust into a stage-5 condition of pandemic pandemonium! Mexicans are afraid to breathe on one another, Egyptians are slaughtering thousands of pigs, and many Americans are quarantining their children from public schools – and that's just one unhealthy dose of daily news!

World-changing events are emerging at an alarming pace, causing Christian eschatologists to write last days articles faster than Scott rolls out toilet tissue and world governments print funny money to fill the bottomless financial pit. Unknowingly paralleling their concerns, even President Obama recently declared that after 100 days in office "the number of critical issues that appear to be coming to a head all at the same time" surprises him. Newscaster Glenn Beck of Fox News echoes similar sentiment by suggesting there appears to be a "perfect storm" coming, alluding to the advance of powerful world-changing events building one upon another in rapid succession.

Interestingly, Jesus Christ predicted approximately 2,000 years ago in Matthew 24:7-8 that world wars would come and be followed by cataclysmic events like regional wars, pandemic pestilences, earthquakes and famines in various places. He called it a time of travail and likened it to a woman having birth pangs. His birthing illustration envisions catastrophic events occurring with greater frequency and intensity as the end of time nears, similar to the way a woman's contractions increase as her child begins departure from the womb.

Are there myriads of more disturbing cataclysmic scenarios in store for the world from this point forward? Has the world's hourglass made its final turn and humanity thrust beyond the point of no return into the final century? Let's ponder the possible evidences along with a few of the prophecies being written about by some prominent eschatologists.

The evidences
As the world entered into its first threshold decade of this 21st century, it was greeted by turbulent events sequenced in fairly rapid succession, evidencing the disturbing possibility that this is the concluding century. Listed below are a few evidentiary examples:

The al-Qaida terrorist attacks of Sept. 11, 2001, that toppled the Twin Towers in New York.

The Asian tsunami of Dec. 26, 2004, generated by a magnitude 9.1 earthquake in the Indian Ocean, killing an estimated 225,000 people in 11 countries. This was the deadliest natural disaster in recorded history.

Hurricane Katrina in August of 2005, which ranks as the costliest hurricane in American history.
The financial crisis of 2007-2009 that caused the collapse of numerous major banking and financial institutions worldwide.

The recent April 2009 outbreak of the pandemic H1-N1 virus.

Stockpile upon the list above the American invasion of Afghanistan in October 2001, Operation Iraqi Freedom ongoing since March of 2003, the sub-prime lending crisis of 2005, the 34-day conflict in July 2006 between Israel and the Hezbollah, the Russian invasion of Georgia in August of 2008, the 22 day "Operation Cast Lead" campaign of the Israeli Defense Forces into Gaza in December 2008 and the burgeoning worldwide UFO phenomena, and we have further cause to consider this century being the time of the end.

Ominously on the immediate horizon, the new prime minister of Israel, Benjamin Netanyahu, is planning to prevent Iran from becoming a nuclear-equipped nation. It was in February 2005 that Russia and Iran contracted their nuclear relationship for supposedly Iranian civilian purposes. Then in October of the same year the apocalyptically minded president of Iran, Mahmoud Ahmadinejad, declared his intentions to "wipe Israel off of the map." Four years have passed. Ahmadinejad has repeated the threat numerous times, and Iran has 7,000 centrifuges spinning 24/7, which has analysts predicting an Iranian nuke by August of 2009.

With nuclear weapons in his quiver, Ahmadinejad will be able to make good upon his threats to obliterate the Jewish state, and this has prompted Netanyahu to schedule a trip to Washington on May 18. Promptly following on the heels of Netanyahu's visit to Washington, President Obama plans a personal visit to Israel in June. Analysts are expecting a confrontation between these two heads of state over this serious issue. WND's Aaron Klein recently released an insightful best-selling book entitled "The Late Great State of Israel," detailing these and other volatile Mideast scenarios.

The prophecies
Many Bible scholars today are hard-pressed to locate even a single prophecy out of the myriad of Bible prophecies remaining to be fulfilled that couldn't occur in the very near future. A few examples are listed below.

Psalm 83 refers to a climactic concluding Arab-Israeli war. This prophecy foretells of an Arab confederacy comprised of Palestinians, Syrians, Saudis, Egyptians, Lebanese, Jordanians and likely their terrorist bedfellows, the Hezbollah, Hamas, al-Qaida and more. In my book, "Isralestine the Ancient Blueprints of the Future Middle East," I write extensively about this prophecy and its near-term fulfillment. This prophecy could easily be fulfilled in the next one to two decades.

Ezekiel 38 and 39, the last-days Russian-Iranian led nuclear-equipped consortia of nine populations that comes to invade the Jewish state of Israel. Today Russia and Iran have become the best of national friends. Russia has helped Iran develop nuclear technologies and, as referenced above, Iran has expressed a desire to "wipe Israel off the map." This prophecy will likely occur in the aftermath of the Psalm 83 event, according to my assessments, and could also easily occur in the early decades of this century.

Revelation 13 issues the infamous "666" prophecy also referred to as the "Mark of the Beast" (antichrist). This prophecy declares that no one will be able to buy or sell unless they receive a mark upon their right hand or forehead. Many eschatologists believe that the Apostle John attempted to describe approximately 2,000 years ago a type of advanced computer technology that exists today. This prophecy, which seems to predict humanity's ability to conduct cashless commerce, was impossible at the time it was written but is a definite possibility today. A one-world order coupled with a one-world banking system could evolve out of the current world economic crisis, and such a system could effortlessly segue into the fulfillment of this prophecy.

These three preceding prophetic examples are just a few among a lengthy litany of others that suggest biblically that these are the last days and this likely is the final century. Extra-biblical sources suggest similar apocalyptic scenarios are about to occur. Examples include the growing number of those who believe the end of the world will occur in the year 2012 with the conclusion of the Mayan calendar and New Age mystics who declare that the alien creators are coming to launch humanity into some fourth atmospheric dimension.

Is it doom and gloom or just coincidences that so may powerful events are occurring with such frequency? Was Jesus correct when he predicted the world would enter into a "Time of Sorrows"? Is there an end to all the calamities, or are all the calamities evidencing that this is the end? From my vantage point, I see but a few grains of sand left in the hourglass!