What is the meaning of 'This Generation'? 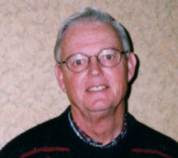 THIS GENERATION
By Daymond Duck
www.raptureready.com

The disciples asked Jesus, “What shall be the sign of thy coming, and of the end of the age” (Matthew 24:3)?
After several comments, Jesus said, “Verily I say unto you, this generation shall not pass away till all these things be fulfilled” (Matthew 24:34).
Controversy surrounds what He said. Some say “this generation” means the generation that was alive when Jesus was speaking. Most who believe this way spiritualize the Bible. They say Jesus came back about 2,000 years ago and that His return was a spiritual return. Others say “this generation” means the generation that sees “all these things” that Jesus had just mentioned in Matthew chapter 24. Most who believe this way take the Bible literally. And they say the return of Jesus is still future. It seems more likely that this second group is right.
For one thing, Jesus talked about “the abomination of desolation spoken of by Daniel the prophet standing in the Holy place” (Matthew 24:15). That didn’t happen in the generation Jesus was speaking to. But it will happen in the future when the Antichrist defiles the rebuilt Temple 3½ years after a seven-year covenant for peace in the Middle East. There’s no evidence of a seven-year covenant for peace in the Middle East when Jesus said these things.
For another thing, Jesus talked about “great tribulation such as was not since the beginning of the world, no nor ever shall be” (Matthew 24:21). It’s a stretch to say that 70 A.D. was worse than the Flood, worse than WWI, worse than WW II, worse than the Holocaust, or worse than anything that will happen in the future.
For another thing, Jesus said, “Except those days should be shortened, there should no flesh be saved” (Matthew 24:21). No one came close to destroying the Romans Empire or everyone on earth in 70 A.D. There’s no evidence that Jesus came back and prevented anything like this from happening.
For another thing, Jesus said, “Immediately after the tribulation of those days shall the sun be darkened, and the moon shall not give her light, and the stars shall fall from heaven, and the powers of the heavens shall be shaken: And then shall appear the sign of the Son of man in heaven: and then shall all the tribes of the earth mourn, and they shall see the Son of man coming in the clouds of heaven with power and great glory. And he shall send his angels with a great sound of a trumpet, and they shall gather together his elect from the four winds, from one end of heaven to the other” (Matthew 24:29-31). There’s no evidence of a darkened sun and moon, falling stars, everyone seeing Jesus, everyone on earth mourning, trumpets sounding, and all the elect being gathered together in 70 A.D.
Finally, Jesus told the parable of the fig tree (Matthew 24:32). Many commentators believe the fig tree represents Israel. Many believe that Jesus was saying when you see Israel back in the land know that the Second Coming is near. Israel had to be destroyed before she could come back into being.
How Long is “This Generation”
The Bible is vague and speculation abounds on this. After many years of saying we don’t know how long a generation is, this ministry has turned to saying, “We believe the terminal generation started in 1948 and it is our opinion that it will last 70 to 80 years.”
The major reason for this change is that we have a better understanding of Psalm 90. It is the first of eleven Psalms that were written by Moses. Many believe it’s the oldest Psalm in the Bible. It begins with a comment about all generations. Moses said, “Lord, thou hast been our dwelling place in all generations” (Psalm 90:1). It talks about God forming or creating the earth (Psalm 90:2). It says, “For a thousand years in thy sight are but as yesterday when it is past, and as a watch in the night” (Psalm 90:4). Peter said it this way, “one day is with the Lord as a thousand years, and a thousand years as one day” (II Peter 3:8). Psalm 90 makes a reference to the Flood and the brevity of life (Psalm 90:4-8). It turns to a discussion of our days and years (Psalm 90:9). Then, Moses said, “The days of our years are threescore years and ten; and if by reason of strength they be fourscore years, yet is their strength labour and sorrow; for it is soon cut off, and we fly away” (Psalm 90:10). We will come back to this, but for the time being let’s stick to the remainder of the Psalm. It mentions the anger and wrath of God which could be a reference to the Tribulation Period (Zephaniah 1:14-15; Revelation 6:16-17). It asks God to teach us to number our days that we may use our precious days wisely (Psalm 90:12). It calls upon the Lord to return which could be a reference to the Second Coming at the end of the Tribulation Period and asks how long it will be (Psalm 90:13). Then, it closes with four verses that can well be applied to the Millennium (Psalm 90:14-17).
Now, let’s go back to verse 10 which reads, “The days of our years are threescore years and ten (70 years); and if by reason of strength they be fourscore years (80 years), yet is their strength labour and sorrow; for it is soon cut off, and we fly away.” We are not predicting a date, but assuming that the terminal generation started in 1948, and it will be 70 to 80 years long, it appears that God will fulfill everything including the Rapture, Tribulation Period and Second Coming, in 70 or perhaps up to 80 years (by 2018, but He may delay up to 2028). If one subtracts seven years (from 2017 or up to 2018) for the Tribulation Period, and an unspecified amount of time for the period between the Rapture and the beginning of the Tribulation Period, it’s obvious that the Rapture could happen any time.
Prophecy Plus Ministries
Daymond & Rachel Duck
daymondduck@bellsouth.net
rachelduck@bellsouth.net
Posted by Abraham Israel I at 10:04 PM